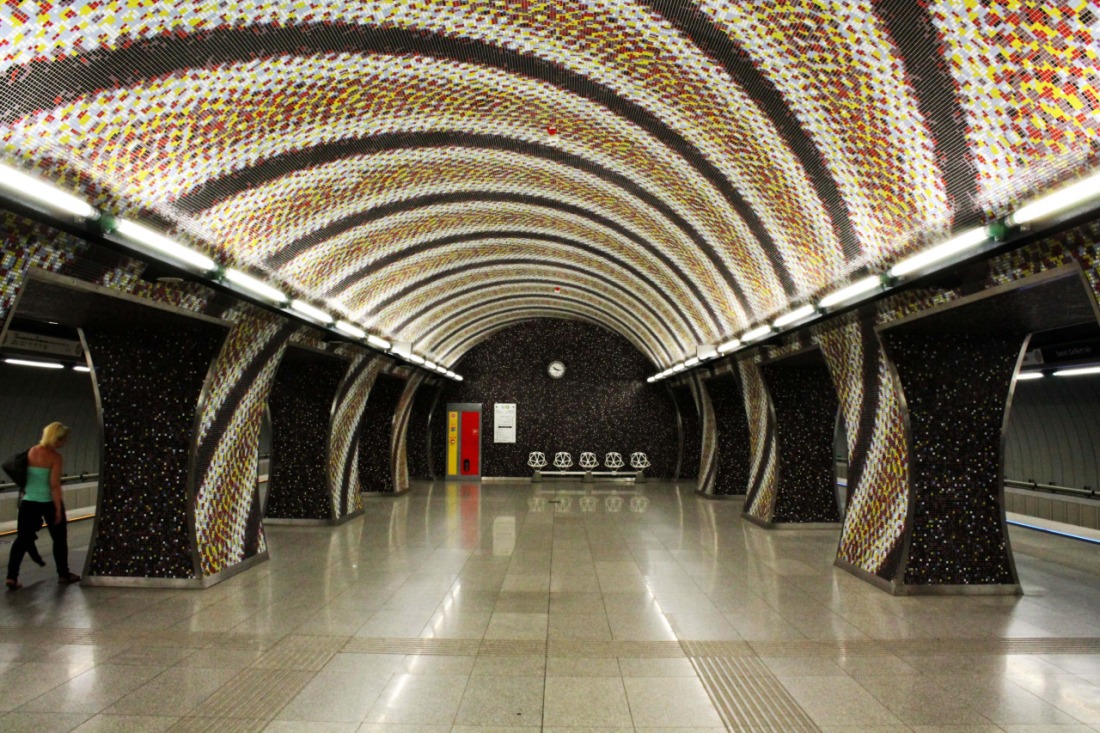 Budapest opened up a new Metro line this year. At a cost of 1.5 Billion Euros, its construction was controversial. Here’s a quote from the English Wikipedia page:

In Hungary the construction of the line has been widely criticised as a source of extensive government corruption.[6]‚ It has been noted for its high costs and inordinate delays € 17 in total € during construction.[7][8]

Once you get past the cost and criticisms, the system itself is great. All of the Metro stations are bright, clean, sleek and modern looking. None more than‚ Szent Gellért tér station. It is the deepest station along the line and features a vibrant mosaic on the platforms, designed by‚ Tamas Komoróczky. The curvy ceiling and simple seating areas are unique. At the main entrance, there is a reflecting pool and fountain that runs during the day, but lies still at night.

I visited with my DSLR camera and took several photos of the station, which you can see below. 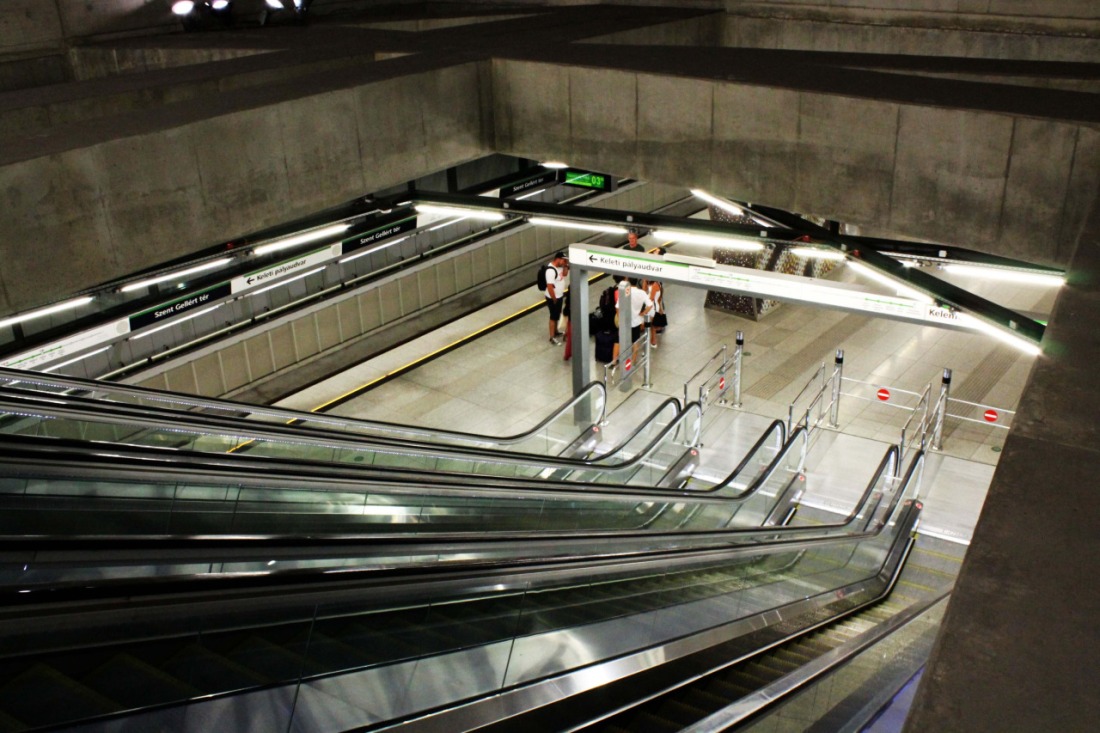 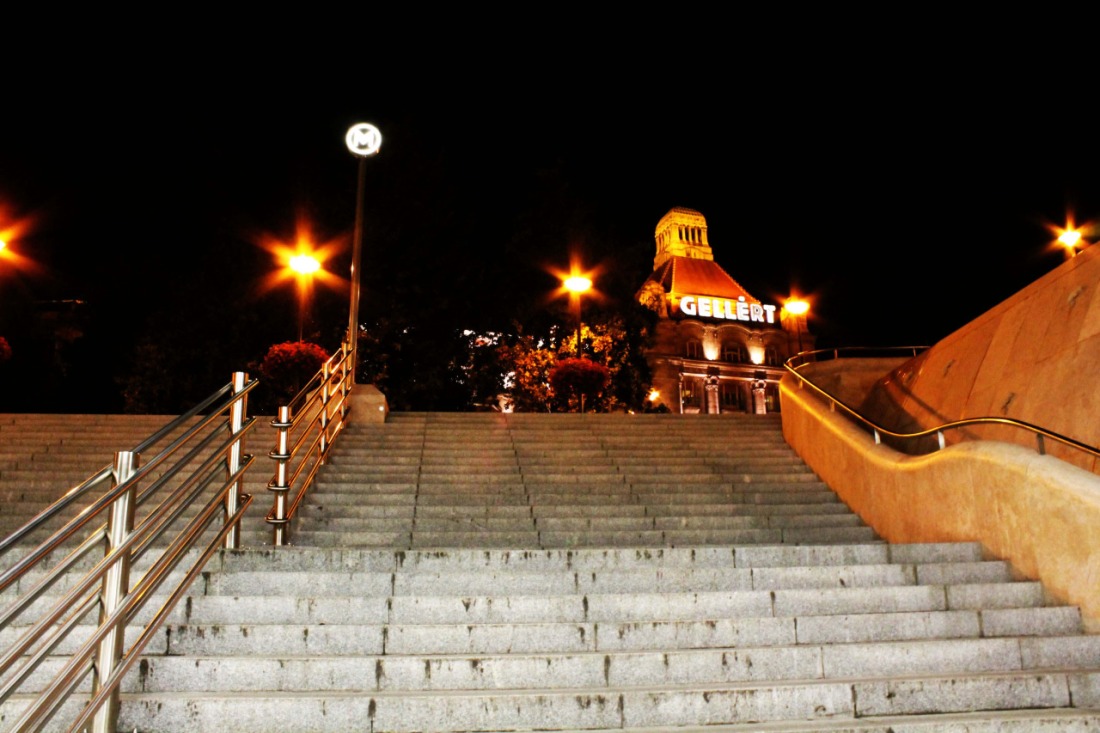 For the past few days, we’ve been enjoying that first burst of summer in Ottawa. I’ve been walking around the downtown core after work, camera in hand, enjoying the warm temperatures and sunshine. The clear and sunny weather has given the cityscape a unique look, providing some vibrant colours.

This site is turning into a photography blog. That’s OK.

For a long time, I had been meaning to get a picture of this building, the Library and Archives building at 395 Wellington.

I’ve spent a lot of time inside this building, the west end of the building boasts a movie theatre where the Canadian Film Institute (my old job) hosts the majority of its foreign film festivals. I’ve heard some complaints about the look of the structure, but I love it, especially at night.

It reminds me of buildings that you see in East Berlin, the formerly communist part of the city. I’m not an architect, so I don’t know if that’s an accurate assessment, but that’s what it feels like to me. I tried finding more information online about when the building was built and by who, but couldn’t find anything. If you know anything, please post a comment.

In front of the building, there’s a great piece of art that’s featured in cities around the world, Lea Vivot’s The Secret Bench of Knowledge. Read more about its installation in 1989 by clicking‚ here.

An underrated building, it doesn’t get the same level of fanfare that some of its neighbours on Wellington Street do, but it’s one of my favourites nonetheless.

As the world’s attention turned to the Vatican Papal Conclave, I happened to be in downtown Ottawa this weekend, soaking up the sunshine and warm temperatures, with my camera in hand. I ended up passing by Notre-Dame Cathedral Basilica on Sussex drive across the street from the National Gallery of Canada.

It’s a building I had been meaning to check out for a while, having seen a couple of photos of the inside. I’ve been to a lot of Cathedrals in Europe, most of them in France, where seemingly even the smallest town has a breathtaking cathedral, with visits in Spain and Portugal as well. As expected, many of those Cathedrals were immaculate and awe inspiring works of architecture and art.

You expect that level of grandeur in Europe, but to find it right here, in Ottawa, is pretty remarkable. If you’re craving a European getaway but can’t find the time or funds, visit Notre-Dame Cathedral. At over 160 years old, it’s a little slice of Europe in Canada’s Capital.

While I had my camera with me, I was reluctant to take too many photos. There were people seated at pews throughout the building, sitting quietly in prayer and reflection. I became a bit self-conscious of the noise the shutter on my camera was making, so I took a few photos and then walked around. Here’s a few of the shots I got.