Irishtown Nature Park is one of the largest nature parks in Canada.

It’s home to over 2,200 acres of forest and a large lake. There are trails that criss-cross the park. Some are paved, while others are made for hikes that wind through the forest.

There are five hiking trails in total. My favourite was the John Howard trail, which weaves through forests and along the lakeshore for over 2 kilometers. 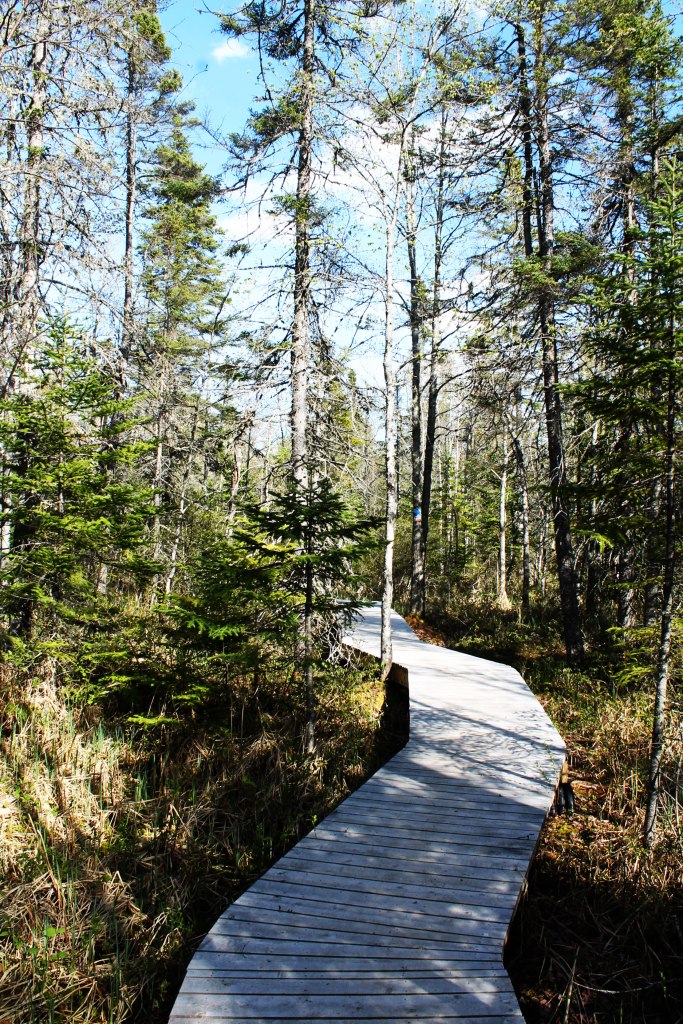 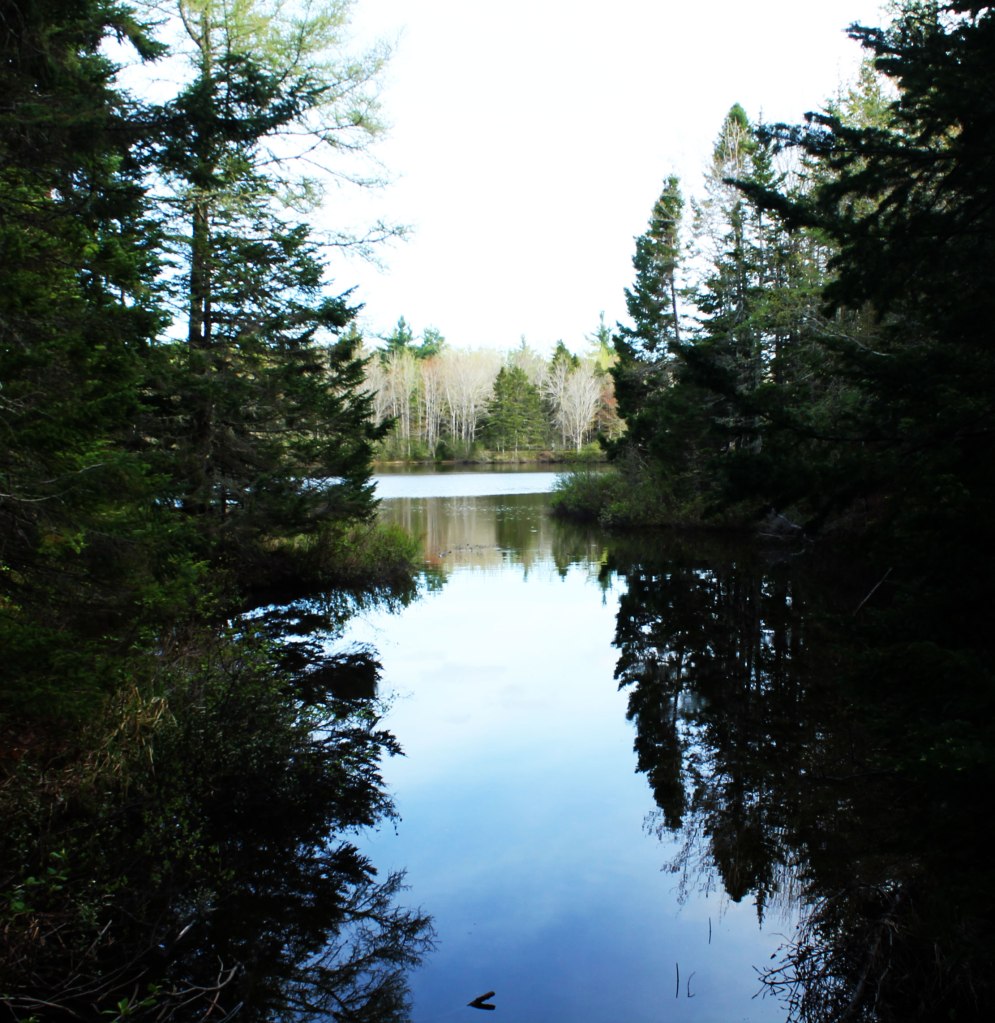 Some of the forested areas feature trees that have grown to be quite tall. I often had to remind myself to stop and look up, to appreciate just how high the trees went up. 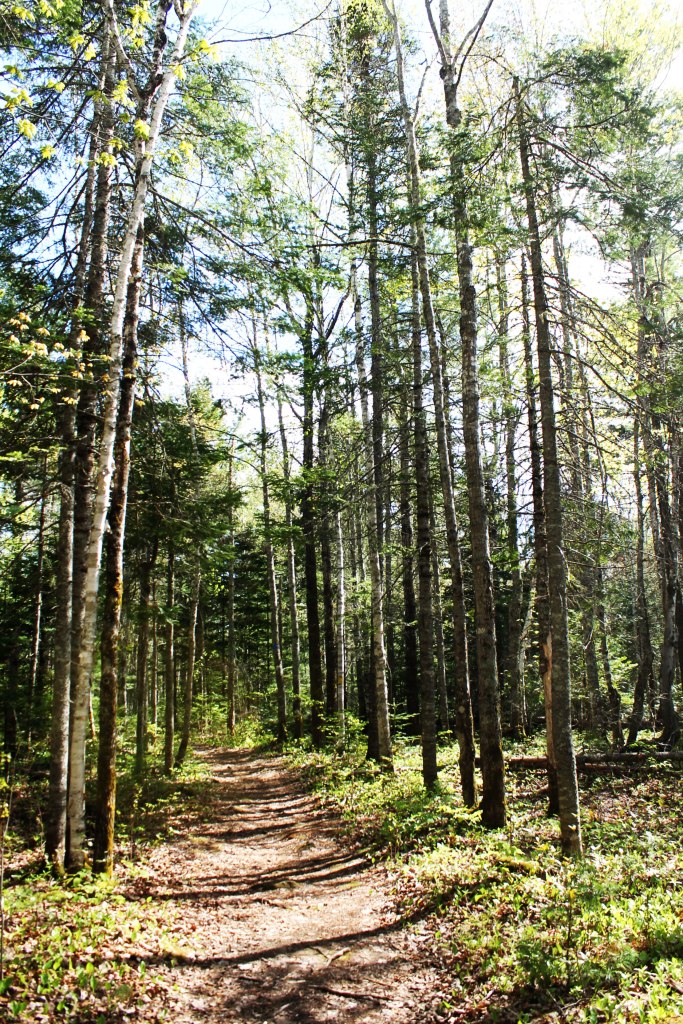 You can also look down, where you’ll find lots of fresh growth at this time of year. 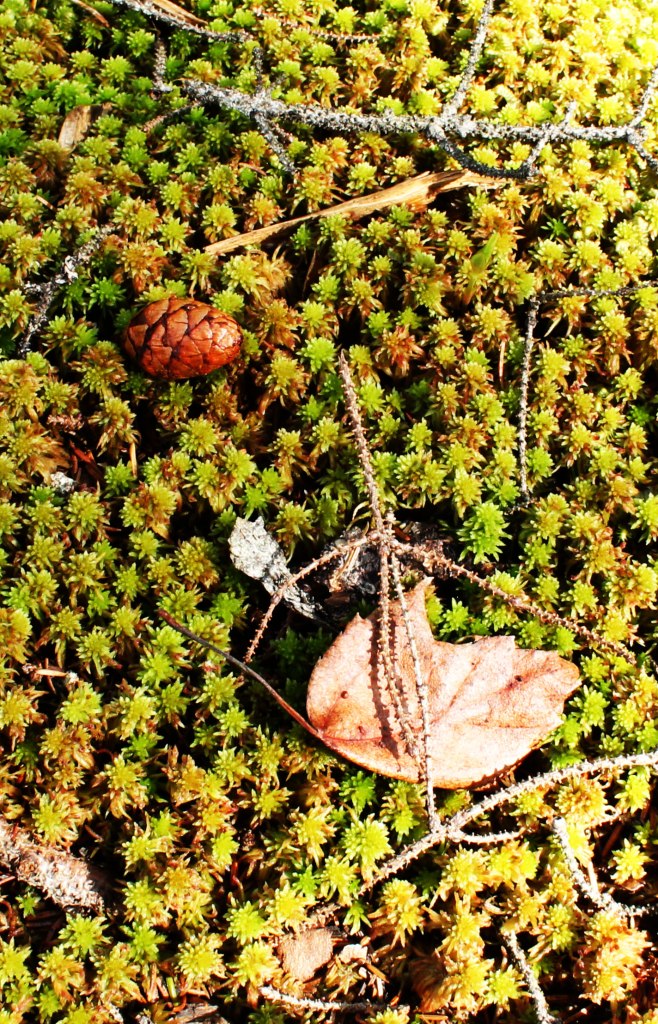 As you can see, there are lots of trails to explore.

If you’re passing through the Moncton region, a visit to Irishtown Nature Park is a great way to spend your afternoon. 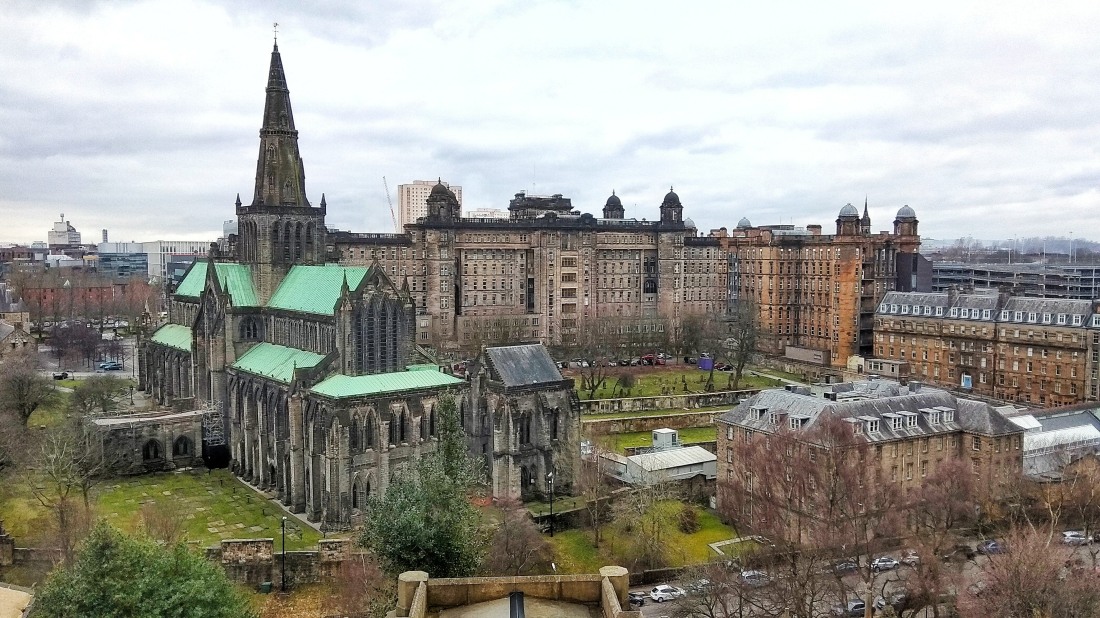 In March 2018, I spent a week visiting Glasgow, Scotland. This was my first visit to Scotland. I enjoyed it much more than I thought I would.

What surprised me the most was how similar the architecture in Glasgow is to what is found in some of Canada’s older cities that I have visited. There are great similarities in architecture of Glasgow with cites like Kingston, Brockville, Saint John and even Montreal.

In December of 2017, I was able to book a flight from Berlin, Germany to Agadir Morocco. The total cost of the flight was $44. I knew nothing about Agadir and only a bit about Morocco, but it was a deal that I just couldn’t pass up.

Agadir is a port city that is also a popular resort destination. In 1960, an earthquake flattened the entire city. This means that there are no ancient sites to be seen here. Everything is modern and concrete.

After almost a week in Agadir, I traveled by bus to Marrakesh, one of the most exotic places I have ever visited.

At the heart of Marrakesh is Jemaa el-Fnaa place. A hub of activity, filled with shops, cafés and snake charmers.

Marrakesh is also famous for its souks, a maze of narrow streets and alleyways, filled with shops.

A word on safety. The locals I spoke to told me that foreigners are not in danger. The King of Morocco has made ambitious targets to grow the country’s tourism industry. As a result, the police take any kind of crime against tourists very seriously. I walked around residential neighbourhoods, very late at night, in both Agadir and Marrakesh and nobody even approached me or hassled me. I never felt that I was in any kind of danger.

Brockville, Ontario is fast becoming one of my favourite day trip locations.

Located about an hour’s drive south of Ottawa, the “City of the 1000 Islands” lies on the Northern shore of the Saint Lawrence River, opposite Upstate New York.

This past weekend I stopped in at Tait’s Fresh Start for coffee and a snack. The atmosphere inside the store is friendly and there is open WiFi.

Blockhouse Island, the city’s most southern point, is a popular spot year-round. It’s a great place to watch the big boats pass by along the shipping lanes of the Saint Lawrence river. The marina is home to tall ships, a major tourist attraction. 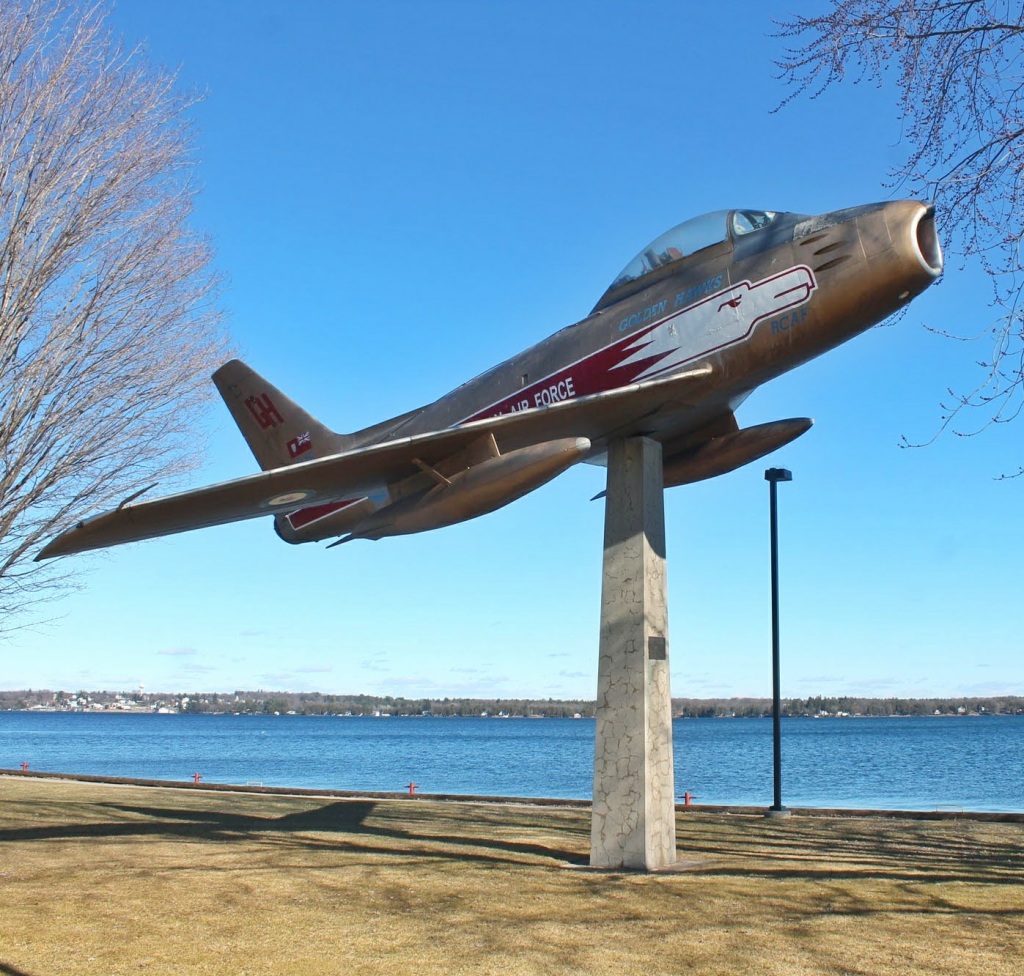 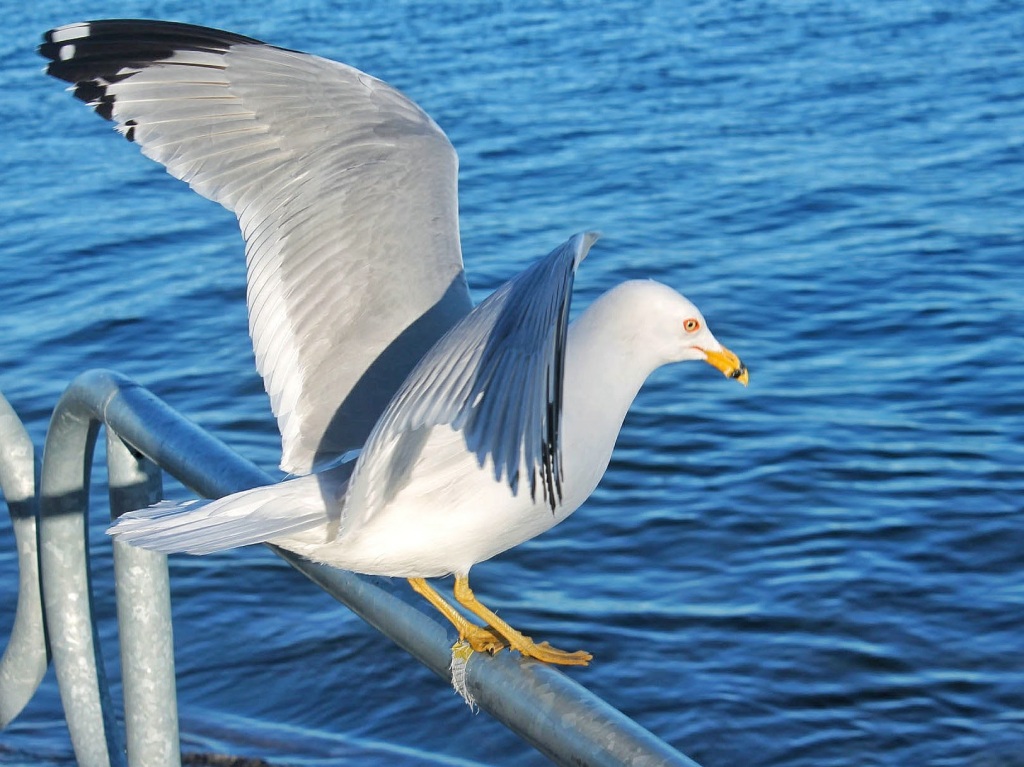 Consider visiting Brockville’s historic downtown if you are looking to explore a new city in Eastern Ontario. I plan to make a few more visits through the warm summer months. The city has planned many events to celebrate Canada’s 150th birthday.

I was able to spend a few days of layover time in Berlin Germany during late January and early February. The weather was cold and snowy, but I still was able to capture some good shots during my short time in the city. 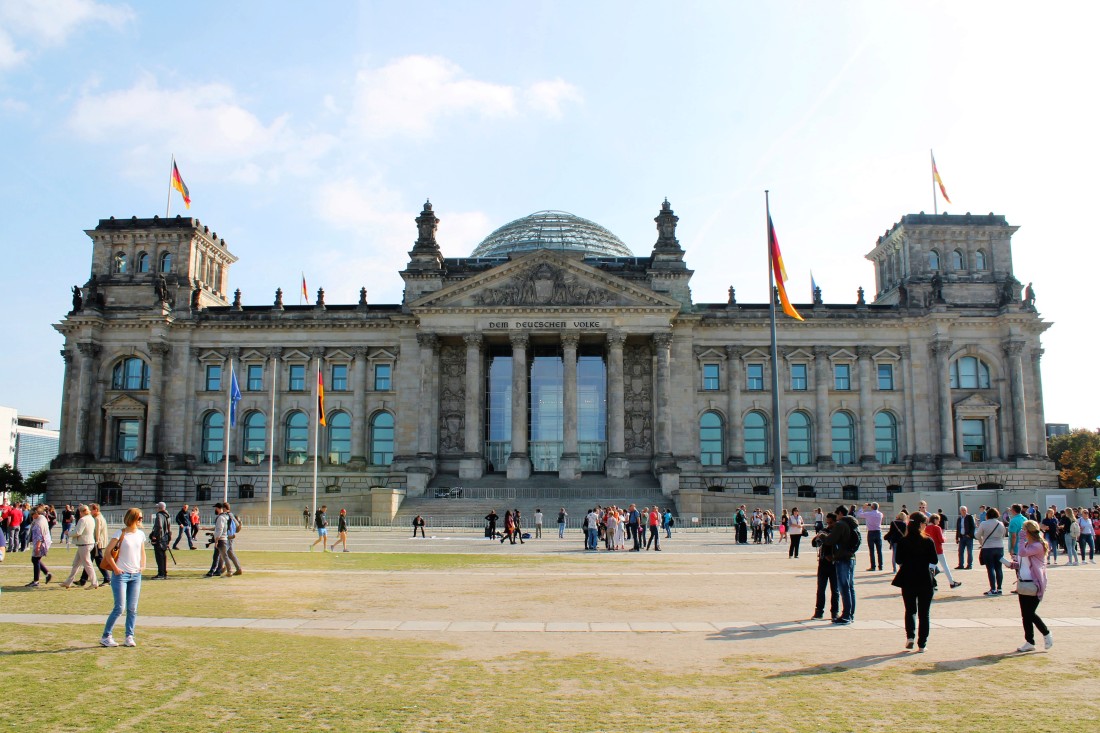 From Prague, I had three nights before I needed to be in Frankfurt for a flight back to Canada. Over the course of roughly 72 hours, I was able to visit three cities: Nuremberg (a first for me), Berlin and finally, Frankfurt.

Nuremberg is an impressive little city with a cozy downtown with that has many pedestrian streets filled with shops and cafés. There is a castle that towers over the city, from which you can get a panoramic view of the entire city. The metro system is impressive (like in all major German cities) and features automatic driverless cars on two of its lines.

Next up was Berlin. I spent a good part of my day there on my feet, walking through the districts of Mitte, Kreuzberg and Schöneberg. All in all, I probably put in a dozen kilometres on foot.

I was only able to spend a Sunday morning in Frankfurt before I had to get to the airport. The city was very quiet as shops were closed and Saturday night partiers had gone home.

Throughout my travels, I used Flixbus, a discount bus company based in Germany with routes connecting major cities in Europe. The buses were affordable, comfortable and come equipped with Wi-Fi. If you book a few days in advance you can get some very nice fares. For example, my trip from Vienna to Prague was only 12 Euros.

My time in Germany was short but enjoyable. I hope to be back soon.

From Vienna, I boarded a Flixbus for 15 Euros and headed to Prague. This was my first visit to the Czech Republic. I spent a week here and found a city centre that is jam packed with tourists. By Central/Eastern European standards the city feels a little bit more affluent than most. While it doesn’t have the sprawling views, magestic Parliament and large boulevards that you’ll find in Budapest, the old city and the surrounding areas are quite attractive. Cobblestone streets are lined with colourful buildings. There is impressive architecture throughout.

Overall, the city is pleasant and not very expensive. I can see why many westerners choose to vacation or even relocate here.

After leaving Szeged, I spent the better part of a week visiting Vienna. This was my third visit to the Austrian capital, one of my favourite cities. There is grandiose, colourful architecture just about everywhere you look, a public transit system that is incredibly efficient and countless great coffee shops to enjoy a drink while getting some work done. The quality of life that Vienna residents enjoy is very high. I have heard that since the end of the Second World War, Austrians enjoy the highest quality of life standards in the world. I don’t know if that is true or not, but it’s certainly believable.

Szeged is a city in the south of Hungary, close to the border with Serbia. It is Hungary’s third largest city and is home to a well-regarded university. The influx of students gives the small city an international flavour. I often heard English being spoken on the streets and in the shops. English comprehension among locals is high.

A small, attractive city of about 170,000 built along the river Tisza, the city centre is has many interesting cafés, restaurants and some impressive architecture. There are many large squares and wide boulevards. The public transit system is excellent for a city of its size.

I spent five nights in Szeged. These are some of my favourite photos.

I was able to spend the month of August in Budapest, Hungary.

It’s a city that I know very well, having already spent a year there through 2014-15. It was fun to return and explore some old haunts, catch up with friends and even discover a few new hidden gems.

Here are some of my favourite photos from my visit.

You can read more about my visits to Budapest and Hungary by visiting the Travel section of my website.