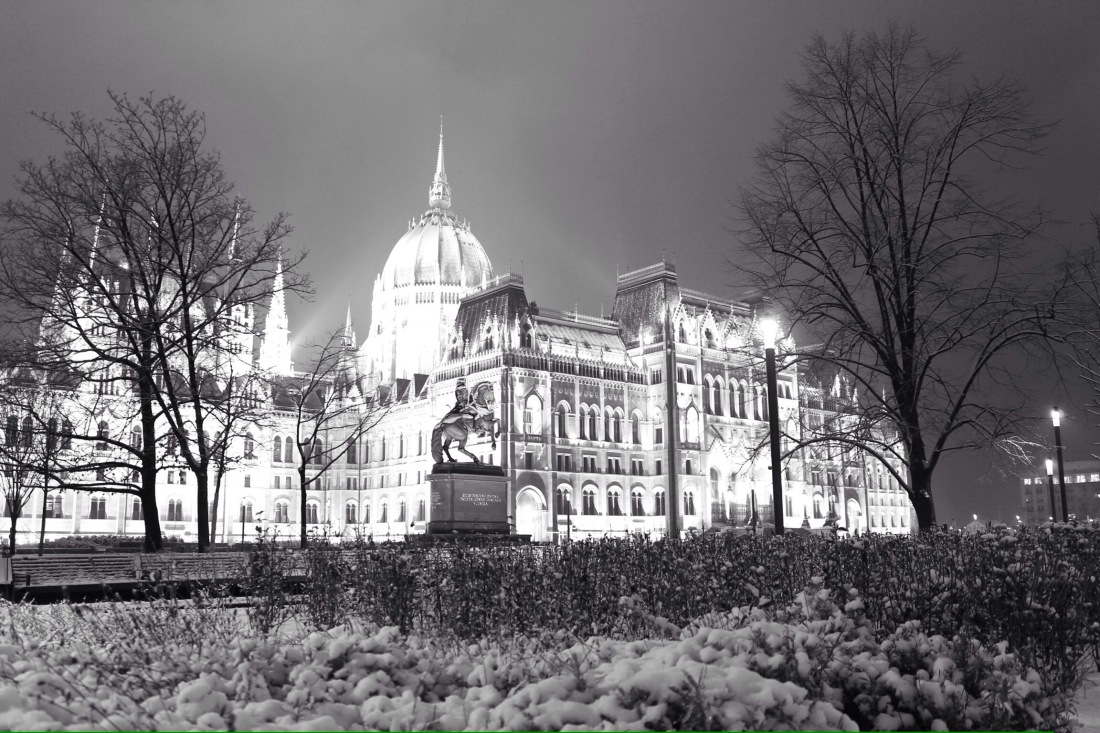 For the most part this winter, the temperature here in Budapest has remained slightly above freezing. Lots of gloomy skies and lots of rain. On Thursday, snow finally made an appearance. The above photo is the Hungarian Parliament, while the bottom shot was taken in nearby Liberty Square.

I decided to edit the photos in black and white. I found that in the original photos the snowfall absorbed too much of the orange light pollution that is common in the city. The black and white is more representative of the clean white snow you would see with the naked eye. 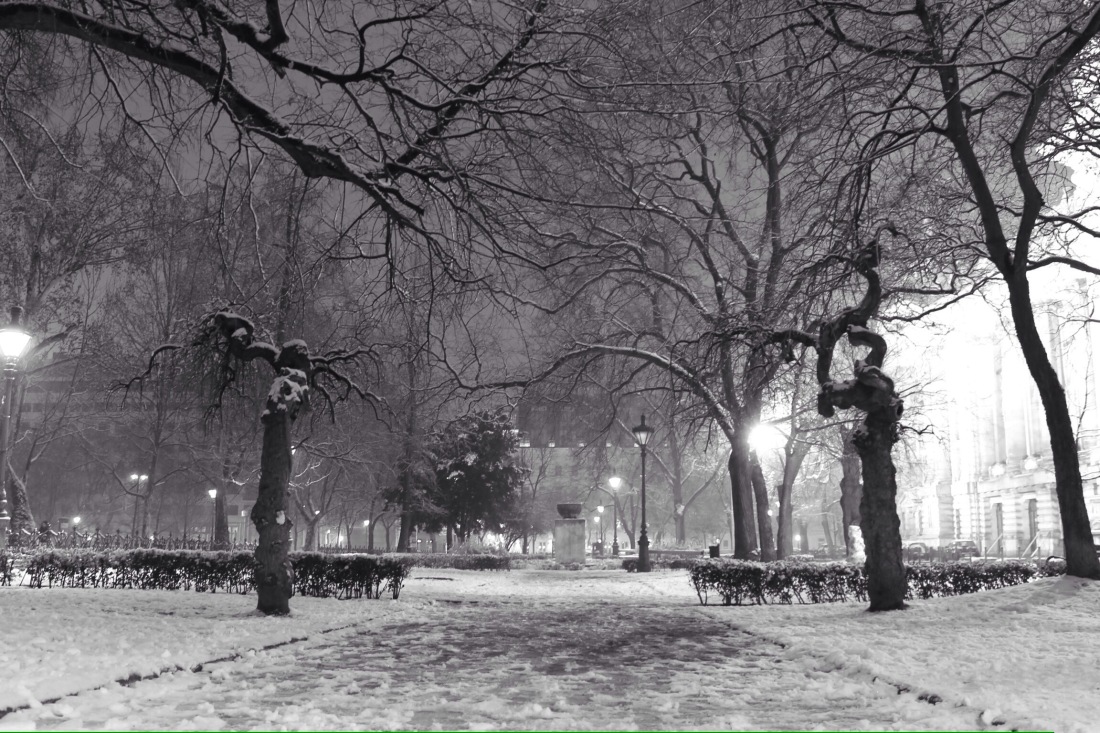