I am back in Canada for the Christmas break but I wanted to share a few photos of Budapest during the month of December. Christmas markets pop up in squares throughout the city, with little wooden huts selling traditional foods, hot wine and gifts.

This was my first time in Europe during the winter months. In Canada, it is customary to hang Christmas wreaths on our doors and in our windows. In Central Europe, advent wreaths are also prominent but instead of hanging on doors, they are laid down horizontally with a candle at each corner. The wreath and its candles symbolize the passage of the four weeks before Christmas. With each passing week, a new candle is lit.

The Christmas market at Vörösmarty tér, at the northern end of Váci Utca, gets very crowded. In the most busy areas it can take minutes to move just a few metres. 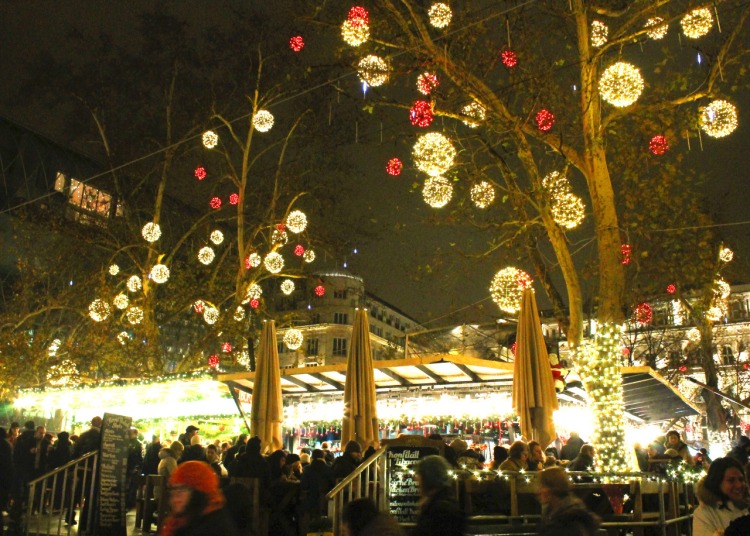 For more photos of Budapest at Christmas time and throughout the year, visit my newly launched tumblr blog, http://budapestography.tumblr.com/. I started posting the backlog of images I’ve taken from during my first five and a half months in the city. In under 30 days, I’ve been able to post 86 photos and I still have some more images to share. My goal, starting in January when I return, is to be able to offer up at least one new photo a day. This means going out once a week (likely on the weekend) with my camera in hand and getting at least seven quality shots. It’s doable, especially in Budapest.