Budapest, like most cities‚ stuck between Germany and Russia, got hit pretty hard by World War Two.

Hungary’s role in the conflict is complicated. They sided with Germany at the outset of the war. By 1944, they could see the writing on the wall and attempted to negotiate a peace with the Soviet Union. This was not well received in Berlin, where Hitler ordered troops to enter Hungary and take over Budapest. The Germans came in, occupied the city, which set the stage for a lengthy siege, which saw the city get pummeled. All five bridges across the Danube were blown up by retreating German forces. When it was all over, Hungary fell under the Soviet Union’s sphere of influence, with communism being a fact of life for decades to come.

There is lots for the amateur WW2 historian to see here. I plan on writing‚ about some of the key landmarks, including a controversial new monument that is‚ so divisive, it had to be assembled in the middle of the night, while protesters slept.

Even when I’m not actively hunting for places of significance during World War Two, I find some. This weekend, I headed to a park to read. Looking at the city map, I chose‚ Vérmező, since it’s easily accessible by metro. The park is long and narrow. One this particular day it was quiet, with only a few people around, most of them walking their dogs. You could smell the rubber from the nearby Metro station. At one end of the park there is a children’s playground. It’s a peaceful place. When I got home, I did some research online about the place.

Vérmező translates to “Blood Field.” Historic executions took place here in 1795, which is where the name comes from. In 1945 during the Siege of Budapest, it was used as a landing strip by the German army, as Budapest was surrounded by Soviet attackers. There are many photos available online from that time. Here’s a comparison from then and now.

Note the bell tower and the large roof to the left of the image. The contrast is striking. There are other photos available from that time, including this one, featuring an wrecked airplane‚ and this one of a plane crashed into a building nearby.

Today the park is a tranquil place. A green oasis in the heart of the city. Here are a few quick photos I snapped with my phone. 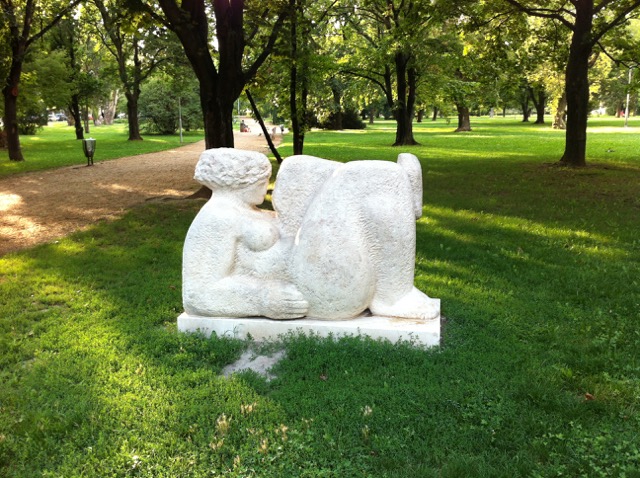 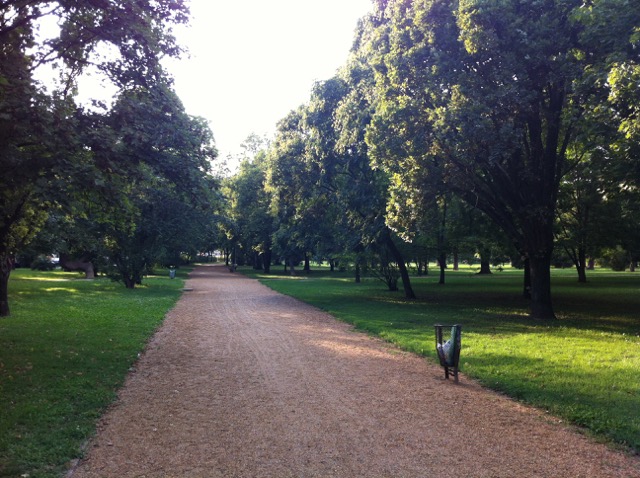 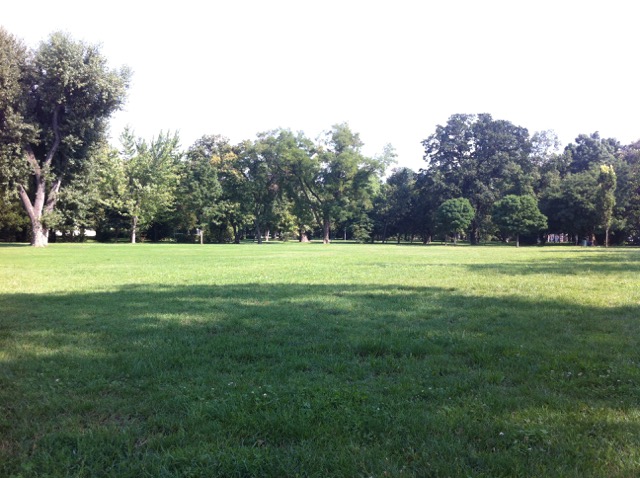